Some unknown amount of time ago, Fujitsu stopped supporting the ScanSnap Manager Evernote Edition software. The scanner’s still usable, but you need to perform a firmware upgrade to be able to use it with ScanSnap Home.

Back when Oracle announced their cloud offering, Oracle Cloud Infrastructure (OCI), I was originally intrigued. I figure I’d give it a try, after all I’m not a big fan of AWS and I’m even less a fan of Azure. At the beginning I decided to forget about Oracle’s reputation, and, damn was that a mistake.

Let’s skip right over how long it’s been since I’ve written a blog post and dive right into some recent changes I’ve made on this site. A lot of it is behind the scenes in the scripts I use to manage creating new posts, publishing drafts, deploying the site to my server and just today I wrote a quick ruby script that adds the current commit hash to _config.yml.

August has been a month of revival. Six months of staying at home during the coronavirus pandemic has taken its toll on most aspects of my life. I’m fortunate enough to remain employed. Working from home had introduced its unique set of challenges. Things like staying motivated and focused were especially hard during the earlier months.

All lives don't matter until black lives do.
Page 2 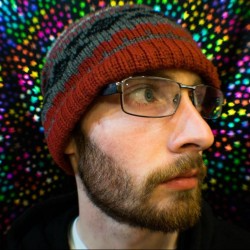 I'm a systems administrator & engineer, front-end and back-end developer, and an IT guru in St. Paul, MN. It’s nice to meet you.